What Cybersecurity Trends Should We Expect From The Rest Of 2019? 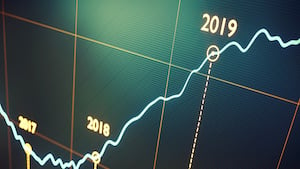 With the cost of the average data breach now hovering around the $4 million mark, it's essential to take cybersecurity seriously. As tools become more sophisticated, so does the work by hackers. Following cybersecurity, trends are one of your only tools for ensuring your survival out there.

Here are six tips you need to abide by to ensure that you don't suffer from a cyberattack in the coming year.

Sandboxing technology has been a useful tool for fighting against malware. The popularity of this tech has grown immensely, causing many companies all over the world to rely on it for detecting malware infections and fighting against them.

Too much reliance can be a bad thing, however. Hackers and cybercriminals have found new ways to avoid sandboxing and get around this popular technique.

Newer strains of malware can now tell when they're inside a sandbox and will respond accordingly. Instead of starting to execute malicious code, they'll wait until they've been let out and then start running amok on your system.

The internet of things (IoT) refers to the networked devices that are now all over the average home as appliances or services. Whether they're our home climate controllers, a refrigerator or a security system, these devices can be used by malicious actors.

Most devices don't store valuable data that could be useful to anyone. Even hacked IoT devices, if encrypted, wouldn't cause anyone to fork over money for ransom. On top of that, it costs a lot of time and money to create ransomware, so spending it on an IoT device might seem like a waste. However, that shouldn't keep us from protecting our IoT devices. There's a lot of potential damage that could be caused by hackers who decide to target power grids or communications devices.

If this happens, and they demand that the victim pay the ransom, attackers could choose to shut down the system on them. They could go a step further and target factory lines, hurting manufacturing. Once connected to a network, they could turn their ransomware loose on all types of different devices.

In May 2018, the General Data Protection Regulation (GDPR) went into effect. The number of changes required to be compliant was too many for some companies to implement in a cost-effective manner. In order to legally protect the data of clients and customers, companies were given a gargantuan task to manage. Companies who ask for data are now tasked with having to abide by stricter consent laws, always asking for consent when they want data from users. They also have to abide by elevated rights given to data subjects.

There are huge potential fines for companies that fail to comply with these laws. Given how slow many companies are to adopt technology that could make money for them, they're bound to be slow to take on these new regulations. Many companies might even choose not to comply, erring on their ability to pay the fees for non-compliance, which they think will be cheaper than paying to comply.

Most data breaches are caused by leveraging bad passwords. Weak, stolen or default passwords are usually the biggest culprits for a data leak. Single authentication allows this to happen since passwords can be limited to just something you know.

By giving out a dongle or integrating an app with temporary passwords that expire, you can ensure that only verified users get access. Since more people than ever are worried about stolen identities, we should see this kind of authentication process take off in coming years.

Security is no longer solely in the hands of your IT staff. Every move that your team makes can be encrypted or protected by a few simple changes in your workflow. By using more "remote browsers," for example, you can isolate the browsing done by your staff from any network oversight.

Companies are even finding ways to deceive potential hackers. By imitating your company's more critical data and assets, this bait can act as a trap for anyone trying to get ahold of your data.

More technology is now being committed to finding out about and responding to unusual behaviors. With endpoint detection and their corresponding response mechanisms, suspicious behavior will be found out as soon as it begins.

We've seen tons of news lately about cyberattacks that come from nations, as well as private individuals. Politically motivated hackers might not just want your money. They might want access to privileged information or technology.

Political hacking has made an increasing number of small businesses and private companies now a concern for national security. Every device purchased by the federal government must now pass rigorous security and encryption tests to be sure that it can withstand an attack.

Voting systems might be our most obvious piece of technology that hackers want. We must also look out for our utilities, power grid and any technology that's deployed by the military. If you have a government contract, expect things to get tighter around the departments working with the fed.

The biggest mistake you can make in following cybersecurity trends is to take your eye off the ball. Things move quickly in the world of cybersecurity, so you need to make sure you're in front of the next big attack regardless of your industry. Take a closer look at these trends and note how your organization can make some changes to stay up to date.