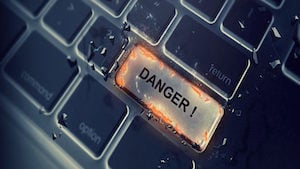 Identity theft and fraud are on the rise, increasing the costs to both consumers and the businesses they deal with, according to a recent study from Javelin Strategy & Research, which showed that losses related to identity fraud have increased some 15%.

The “2020 Identity Fraud Report” also revealed another troubling trend in which criminals are now using high-tech schemes to hijack consumer accounts, despite the methods financial institutions are putting in place to identify and respond to identity fraud. The increase in losses is due to a shift in tactics from cybercriminals, who are now focusing on fraudulently opening and taking over accounts instead of credit card fraud.

“These findings should be a wake-up call for financial institutions, the payments industry, businesses and consumers across America,” said Krista Tedder, head of fraud with Javelin Strategy & Research. “The data is proof of what we’ve long known: The full weight of identity fraud lies not only in counterfeit credit cards and magnetic stripes but in full account takeover and new account fraud. Now it’s time to elevate our understanding of what security, detection and resolution really mean.”

The study found that account takeovers are trending at the highest loss rate, increasing by as much as 72% over the prior year. Criminals are using tactics such as social engineering, spear-phishing and data exfiltration to gain unauthorized access to online accounts belonging to their victims, making it more difficult to detect fraudulent activity. Cybercriminals have also learned to work much faster, with most being able to take over accounts in less than a day.

“Every day, millions of Americans exchange their personal information for convenience,” said Jason Park, chief growth officer at Allstate Identity Protection. “When you download an app, open an online account or enter your email address, your digital footprint grows. The more data you share, the more likely it is that a criminal can access your personal information and use it for fraudulent purposes. That’s why it’s so important to know who has your data and whether it’s been exposed.”

The report highlighted an important truth for financial service providers, merchants and technology companies: Those organizations are going to have to up their game if they expect to rein in fraud and cybercrime. The study also found that peer-to-peer payments (P2P) fraud is skyrocketing—P2P systems, which allow one person to send payments to another person, have seen a 733% increase in fraud between 2016 and 2019.

“We’ve learned that scammers are very shrewd and adept at capitalizing on current events and new platforms, including peer-to-peer payment apps,” said Kathy Stokes, AARP’s director of fraud prevention programs. “Using these payment apps for anything other than sending money to someone you know presents significant fraud risk for both consumers and financial institutions.

While there is no single cure for the scourge of cyber fraud, businesses can turn to technologies that can mitigate fraudulent activity, or even significantly reduce the potential of fraud in the first place. Implementing multi-factor authentication and fraud detection platforms while also strengthening access policies can go a long way toward reducing cyber fraud. Security platforms that leverage anomaly detection and malware detection can also minimize some of the attack vectors used by cybercriminals.