Annual Cybercrime Costs to Double to $6 Trillion by 2021 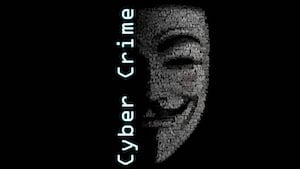 Global annual cybercrime costs will grow from $3 trillion in 2015 to $6 trillion annually by 2021,

Cybersecurity Ventures predicts that in the next five years, costs from damage and destruction of data, stolen money, lost productivity, theft of intellectual property, theft of personal and financial data, embezzlement, fraud, post-attack disruption to the normal course of business, forensic investigation, restoration and deletion of hacked data and systems, and reputational harm will double as the attack surface grows a full order of magnitude larger than what it is today.

“We are at a critical point in cyber warfare,” said Tyler Cohen-Wood, a cyber-specialist at security awareness training company Inspired eLearning, in the Cybersecurity Ventures report. “In the past two years, we have seen a massive upswing in hackers breaking into some of the most highly secure corporations and stealing financial data, intellectual property, and very sensitive personal information—and it seems to be growing exponentially.”

Cybersecurity Ventures’ estimate is based on historical cybercrime figures including recent year-over-year growth, a dramatic increase in nation and organized crime gang hacking activities, changes in the threat landscape and the that are expected to be pitted against hackers and cybercriminals over that time.

Perhaps most impacting: The firm estimates that by 2020, the world will need to cyber-defend 50 times more data than it does today.

“Microsoft frames digital growth with its estimate that by 2020 four billion people will be online—twice the number that are online now,” the report noted. “They predict 50 billion devices will be connected to the Internet by 2020, and data volumes online will be 50 times greater than today.

“The construction industry is just one example of the future hot targets for cyber-attacks,” the firm said. “As construction companies begin to standardize on IoT devices including thermostats, water heaters, and power systems, a whole new attack surface will emerge for hackers.”

Commensurate with the rising threat levels, Cybersecurity Ventures predicts that global spending on cybersecurity products and services will exceed $1 trillion cumulatively over the next five years, up from $75 billion in 2015.

Industry analyst numbers may end up being below the mark, the report warned: “IT analyst forecasts are unable to keep pace with the dramatic rise in cybercrime, the ransomware epidemic, the refocusing of malware from PCs and laptops to smartphones and mobile devices, the deployment of billions of under-protected internet of things (IoT) devices, the legions of hackers-for-hire, and the more sophisticated cyber-attacks launching at businesses, governments, educational institutions and consumers globally.”

Steve Morgan, of Cybersecurity Ventures, explained, “We anticipate 12-15% year-over-year growth through 2021, compared to the 8-10% projected over the next five years by several industry analysts. It is likely that analyst firms will catch up during the second half of 2016 and update the disproportionately low share of total IT spending which security is expected to account for (over the next five years) in their current reports. Many corporations are hesitant to announce breaches they’ve suffered—and the amounts of their increased security budgets —for fears of reputational damage and of antagonizing cybercriminals. By 2020, we expect IT analysts covering cybersecurity will be predicting five-year spending forecasts (to 2025) at well over $1 trillion.”