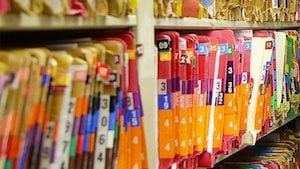 Just a few days ago, the news was all about how Quest had suffered a major breach. But today’s disclosure by LabCorp. suggests we are nowhere near done hearing about other companies with millions of consumers victimized because of this incident: The AMCA is a New York company with a storied history of aggressively collecting debt for a broad range of businesses, including medical labs and hospitals, direct marketers, telecom companies, and state and local traffic/toll agencies.

In a filing today with the U.S. Securities and Exchange Commission, LabCorp. said it learned that the breach at AMCA persisted between Aug. 1, 2018 and March 30, 2019. It said the information exposed could include first and last name, date of birth, address, phone, date of service, provider, and balance information.

“AMCA’s affected system also included credit card or bank account information that was provided by the consumer to AMCA (for those who sought to pay their balance),” the filing reads. “LabCorp provided no ordered test, laboratory results, or diagnostic information to AMCA. AMCA has advised LabCorp that Social Security Numbers and insurance identification information are not stored or maintained for LabCorp consumers.”

Quest said it first heard from the AMCA about the breach on May 14, but that it wasn’t until two weeks later that AMCA disclosed the number of patients affected and what information was accessed, which includes financial information (e.g., credit card numbers and bank account information), medical information and Social Security Numbers.

Quest says it has since stopped doing business with the AMCA and has hired a security firm to investigate the incident. Much like LabCorp, Quest also alleges the AMCA still hasn’t said which 11.9 million patients were impacted and that the company was withholding information about the incident.

The AMCA declined to answer any questions about whether the breach of its payment’s page impacted anyone who entered payment data into the company’s site during the breach. But through an outside PR firm, it issued the following statement:

“We are investigating a data incident involving an unauthorized user accessing the American Medical Collection Agency system,” reads a written statement attributed to the AMCA. “Upon receiving information from a security compliance firm that works with credit card companies of a possible security compromise, we conducted an internal review, and then took down our web payments page.”

“We hired a third-party external forensics firm to investigate any potential security breach in our systems, migrated our web payments portal services to a third-party vendor, and retained additional experts to advise on, and implement, steps to increase our systems’ security. We have also advised law enforcement of this incident. We remain committed to our system’s security, data privacy, and the protection of personal information.”

ANALYSIS
The AMCA also does business under the name “Retrieval-Masters Creditors Bureau,” a company that has been in business since 1977. Retrieval-Masters also has an atrocious reputation for allegedly harassing consumers for debts they never owed.

A search on the company’s name at the complaints page of the Consumer Financial Protection Bureau (CFPB) turns up almost 700 complaints for Retrieval-Masters. The company has an abysmal “F” rating from the Better Business Bureau, with 60 complaints closed against it in the last three years.

Reviewing a number of those complaints reveals some of the AMCA’s other current and/or previous clients, including New Jersey’s EZPass system. Recent consumer complaints about the AMCA also invoke the name of American Traffic Solutions, which services rental car fleets and processes some 50 million toll transactions per year. ATS did not respond to requests for comment.

My guess is we will soon hear about many other companies and millions more consumers impacted by this breach at the AMCA. Certainly, companies like Quest and LabCorp. have a duty to ensure contractors are properly safeguarding their patients’ personal, medical and financial information.

But this AMCA incident is the latest example of a breach at a little-known company that nevertheless holds vast quantities of sensitive data that was being shared or stored in ways that were beyond the control of affected consumers.

On May 24, KrebsOnSecurity broke the news that the Web site for Fortune 500 real estate title insurance giant First American Financial [NYSE:FAF] leaked 885 million documents related to mortgage deals going back to 2003, until notified by KrebsOnSecurity. The digitized records — including bank account numbers and statements, mortgage and tax records, Social Security numbers, wire transaction receipts, and drivers license images — were available without authentication to anyone with a Web browser.

Many readers wrote in to say they’d never heard of First American, but it is the largest title insurance company in the United States. Title insurance is generally required for all home mortgages, and it protects the buyer from any previously unknown claims against the property. First American currently handles about one in every four title insurance transactions — usually as part of the mortgage closing process — which means tens of millions of Americans were potentially exposed by the company’s inexplicably lax security.


Read the original post at : Krebs on Security  by Brian Krebs